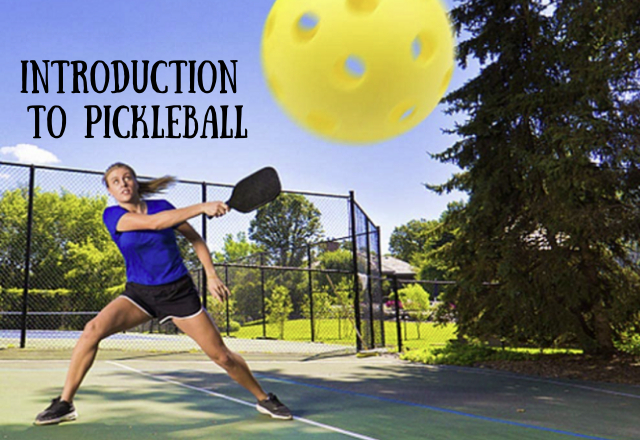 Pickleball is a fun and relatively new game that combines aspects of tennis, badminton and table tennis and creates a whole new sport. This game is played by old and young alike and is becoming increasingly popular across the world. In this introduction to pickleball, you will read the history of the game, how the game is played, the equipment you will need to take part and the different ways you can play.

Pickleball began in the summer of 1965 in the USA. John Pritchard and two of his friends, Bill Bell and Barney McCullum were looking for an activity for their bored families one Saturday afternoon. They decided to play badminton but couldn’t find a shuttlecock – all they could find was a perforated plastic ball. The badminton net was too high for the ball, so they lowered it and then made paddles from plywood. Pickleball was invented.

Joan Pritchard, the wife of John has said the following about how the game got its name:

‘The name of the game became Pickle Ball after I said it reminded me of the Pickle Boat in crew where oarsmen were chosen from the leftovers of other boats. Somehow the idea the name came from our dog Pickles was attached to the naming of the game, but Pickles wasn’t on the scene for two more years. The dog was named for the game, but stories about the name’s origin were funnier thinking the game was named for the dog.’

Pickleball grew quickly, with the first ever US Pickleball championships taking place from 2009. There are now 3 million players of the game. As of 2021, there are 45 international associations for pickleball (which includes the UK!).

Introduction to Pickleball: How Pickleball is Played

The game is played on a pickleball court which has similar dimensions to a badminton court. The exact dimensions are 20 by 44 feet, with left and right service areas and a non-volley zone which extends seven feet from the net.

Each game is started with an underarm serve and only the serving team can score a point. Play ends when one side commits a fault. These include not hitting the serve into your opponent’s diagonal service court, hitting the ball out of bounds, and not hitting the ball before the second bounce. Many of the rules are similar to tennis or badminton, with the main pickleball specific fault being stepping into the non-volley zone in the act of volleying a ball.

Pickleball is played with just a pair of paddles and a ball. Compared to many sport and fitness activities, you can get started without spending much money. Nets are be used for badminton and even volleyball as well as pickleball by adjusting the height.

Renowned tennis companies such as Wilson and Head are now making dedicated pickleball equipment. There are plenty of no-brand options at amazon and elsewhere, which will get the job done for beginners. Paddle boards now come in a variety of materials, including aluminium, graphite, to composite and the original wooden paddles. If you have a good-sized garden you can invest in a net, court markers, and play at home.

There are a growing number of pickleball courts appearing across the world. Most people play for fun, though if you want to compete – then this option is available too! 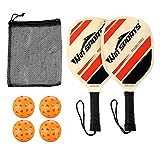 The usual length of a game of pickleball is the first to 11 points (remember, you only score a point if you are the server). If the game reaches 10 points each, you need to win by two clear points at this stage to claim victory. Players will rotate sides after 6 points.

Alternative game lengths include first to 15 or 21 points, with the players changing sides at 8 or 11 points, respectively.

As well as singles play, you can also play doubles. With doubles play, the serving team gets two faults as opposed to one (one for each of the two team members serving), before the serve changes to the other pairing.

Para-pickleball or wheelchair pickleball has been introduced in recent years. Similar to tennis, in the wheelchair version of the game the ball is allowed to bounce twice and still be in play.

Pickleball is a fun and fitness enhancing sporting activity that can be enjoyed by all. Literally invented in a back garden, the game is ideal for families to play together quickly and easily. First invented in 1965, the game has really grown in popularity in recent years, with tournaments, organisations and clubs springing up all over the world. This family friendly game is sure to continue to grow, as more and more sports clubs, fitness centres and organisations build more courts. 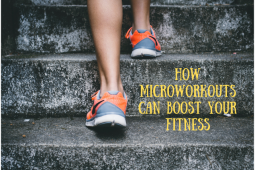 How Microworkouts Will Keep You Healthy 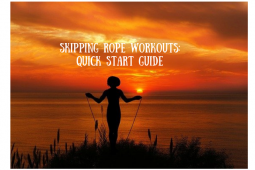