What is Monosodium Glutamate and Why You Should Avoid It? 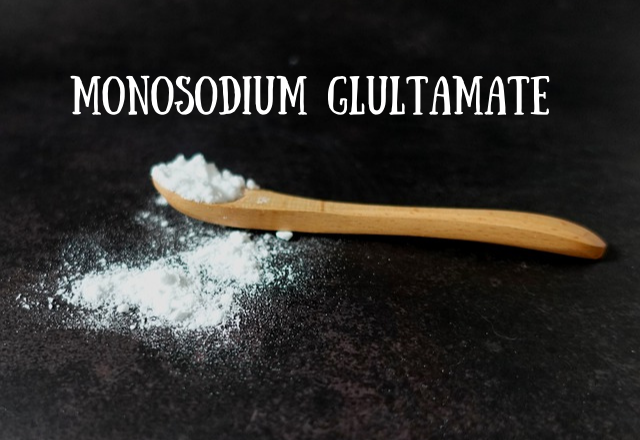 Is MSG Safe and What is Chinese Restaurant Syndrome?

Monosodium Glutamate is a chemical compound which is found naturally in foods including tomatoes and cheese. It is frequently used to add a savoury flavour to your food – and is widely added to canned vegetables, soups, Chinese recipes, and a variety of processed foods.

This guide exploring the compound starts by detailing the ‘Chinese Restaurant Syndrome’ saga in the 1960’s. This brought Monosodium Glutamate to the public’s attention. Next, the compound is broken down, explaining exactly what it is. The guide ends by looking at the potential health problems that have been associated with the chemical compound.

The notoriety of Monosodium Glutamate took off in 1968. Dr Robert Ho Man Kwok wrote a letter to the New England Journal of Medicine stating that he experienced a strange syndrome after eating at Chinese restaurants. He described that he would experience a numbness at the back of his neck. This would then spread to both his back and arms. This would be followed by a general feeling of weakness and then heart palpitations.

At first, Kwok speculated that this could be to do with Soy Sauce. This was quickly dismissed as he was a regular consumer of the sauce at home, where he suffered no ill effects.

Then Kwok hit on the idea that it might be the Monosodium Glutamate which was regularly used as a seasoning in Chinese restaurant. His idea, despite it being 1968, effectively went viral. There was no internet, but everybody read newspapers – and this was widely reported. On the back of this, many Chinese restaurants were forced to put up signs stating that they didn’t use the compound.

What is Monosodium Glutamate?

Glutamates are amino acids (effectively the building blocks of protein) which are found naturally in the body. Monosodium Glutamate levels are naturally high in tomatoes, parmesan cheese and mushrooms. Within a limit, which you’ll find with the natural foodstuffs, Monosodium Glutamate is perfectly healthy. However, if you are digesting Monosodium Glutamate at a level of more than 3g, there can be health problems associated with it. The compound is generally seen as safe in the same way that sugar is, but like sugar, too much of it can cause problems.

Health Problems Associated with an Excess of Monosodium Glutamate

If you digest an excess amount of Monosodium Glutamate, it has been suggested that you can suffer from the following health problems. Note that ingesting a tiny amount as part of a healthy diet is not linked to these issues.

Recent studies have been more sympathetic towards MSG and have re-iterated that it will only be a problem in excessive amounts and indeed, without food.

‘Symptoms resembling those of Chinese Restaurant Syndrome may be provoked in a clinical setting in small numbers of individuals by the administration of large doses of MSG without food. However, such effects are neither persistent nor serious and are likely to be attenuated when MSG is consumed with food.’

There are also said to be some potential health benefits associated with Monosodium Glutamate. The use of the compound in food can lower the amount of salt needed in flavouring. This reduction in sodium intake can reduce the risk of high blood pressure, heart disease and stroke.

Summary: Is MSG Bad for Your Health?

Like many food stuffs, a healthy amount of Monosodium Glutamate won’t cause you any problems. However, if you ingest a large amount regularly, you could potentially be looking at some of the side effects listed above. Keep in mind that all these symptoms can be caused by multiple factors other than flavour enhancing foods. If in any doubt, consult with your doctor.