Get Started Windsurfing with this Easy-to-Follow Guide 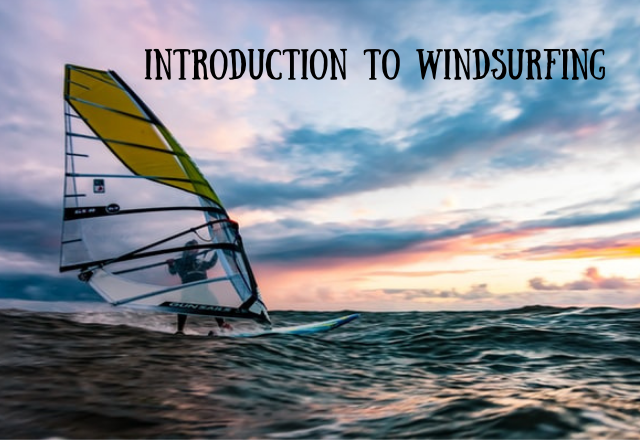 Windsurfing (which in some places is also known as Sailboarding or even Boardsailing) is a water sport which is a combination of surfing and sailing. The sport emerged in the 1960s and has become increasingly popular over the years. Today there are international competitions based around a range of windsurfing disciplines.

This introduction starts with a history of windsurfing. It then moves on to giving advice to the windsurfer who is just starting out in the sport. World famous wind surfing names are then featured. The guide ends by answering some commonly asked questions about the sport.

A Quick History of Windsurfing

The earliest records of windsurfing date back to the 1950’s when the very first prototypes were created.

The first windsurfing patent would come in 1968, when perhaps unsurprisingly, a surfer (Hoyle Schweitzer) and a sailor (Jim Drake), both from California, teamed up. Schweitzer would begin mass production of the sailboards in the early 1970’s and these would spread across the US and Europe by the end of the decade.

Windsurfing’s first ever international competition came in 1973. This caught the attention of the Olympic movement over the following decade. In 1984, the sport made its Olympic debut as a demonstration sport in Los Angeles. Separate events for men and women were introduced in 1992. Windsurfing comes under the ‘Sailing’ program of the games. 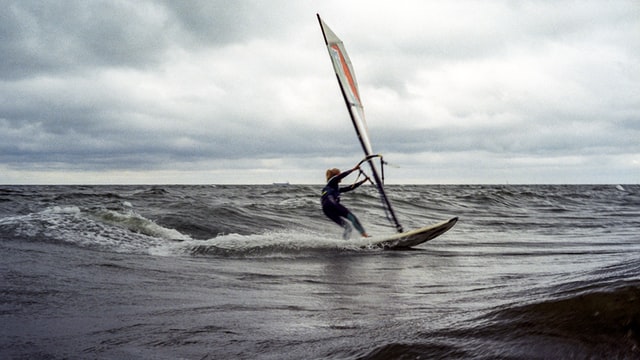 The first thing many people do when starting windsurfing, is to go out and buy a board. While this might seem a sensible idea (you can’t windsurf without one!), at this point, you might not have a proper feel for exactly what you need.

Have some lessons first and hire boards for a while. This way you can find out exactly which boards work for you, and you’ll have a clearer idea of exactly what you want to use the board for (there are many different forms of windsurfing). That instruction will provide valuable tips on safety too.

Beginner boards can be very useful when starting out, due to the added width which both increases your control and lessens the chance of you actually falling off.

Finding a good location as a beginner is essential. A small lake can be an ideal place to try for the first time – you certainly don’t want to be starting in the ocean. Also look at the wind speed when you go out. And ideal wind speed would be around the 4mph to 5mph. If it is blowing stronger than that, wait for the wind to calm. Ideally the wind direction should be parallel to the shore, so it isn’t pushing you out, or pushing you towards the shore.

It can also be a good idea to practise windsurfing on land. This can give you a real good idea and feel for how the wind will react with the sail, without the added extras of worrying about balance and dealing with waves. When you do head out on to the water, you’ll have more confidence in handling the board.

Robby Naish: Naish would famously win the first world championship in windsurfing at the age of just 13. In all, he would add a further 23 windsurfing world championship titles to his resume. The Californian, now sponsored by Red Bull and Quiksilver, is also considered a pioneer in kiteboarding and stand-up paddleboarding.

Dorian van Rijsselberghe: This sailor from the Netherlands won gold medals at both the 2012 London Olympics (windsurfing was held in Weymouth) and in 2016 in Rio de Janeiro. He also won gold at the 2011 and 2018 world championships. More at Wikipedia.

Charline Picon: This French windsurfer has enjoyed great success in her career so far. The pinnacle was the Olympic gold medal in 2016, which she followed up with a silver in 2020. She has also won the world championship once and the European championship an amazing 5 times. 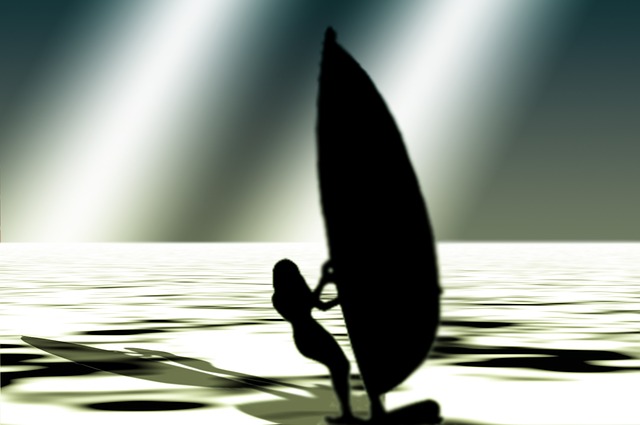 If you approach the activity in the right way, no, it’s not dangerous. As a beginner, wear a life jacket and stay close to the shore. Remember that the board itself acts as a flotation device, which helps in many situations. Use a common-sense approach and you’ll be fine. I recommend you get lessons / instruction from an expert before you head out for the first time.

In comparison to other sports and activities, windsurfing is relatively inexpensive. You have the initial outlay of the board, and you might have to replace the sails occasionally. Your sensitivity to the cold and time of year you go out will determine whether you buy a wetsuit.

Like any sport, it can take a little bit of getting used to at first. But practise will make perfect. It will help if you go with a qualified trainer at first, who will be able to suggest which board to use as a beginner. This will make for a good way to learn rather than just going out yourself.