While there is no doubt that you need to be fit to enjoy Parkour, practitioners claim that it is as much an art-form as a sport – or even a state of mind. Established as a movement in 1988, Parkour has become the subject of films, video games, TV shows and documentaries.

This introduction to Parkour starts by explaining exactly what the discipline involves. Next, the key skills of Parkour are discussed, as well as the risks. Some of the most famous people in the discipline are then featured. The guide wraps up by explaining how to get involved yourself.

Basics: What is Parkour?

On a basic level, Parkour is simply the act of moving from one point to another using natural and effective movements in the most efficient way.

Ideally, this takes place in a complex environment, providing opportunities for climbing, leaping, vaulting, swinging, and running to achieve that goal. It’s an activity that can be done both alone and with others. It takes place in Urban spaces (although you can practice Parkour literally anywhere). 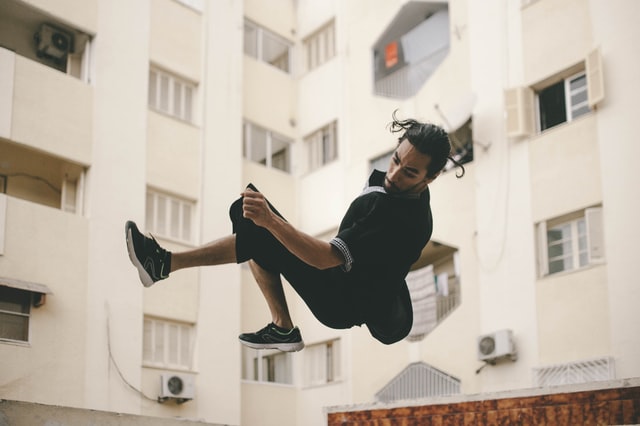 The history of Parkour is rich and varied. French Naval Officer Georges Hébert is attributed as developing a forerunner of Parkour. This was based on athletic skills he had witnessed when spending time with indigenous tribes in Africa. Inspired by Hébert, a Swiss architect went on to develop a military-style obstacle course named ‘parcours du combattant’.

It was through Raymond and David Belle that Parkour came to the mainstream. Raymond was sent to an orphanage at the age of 7, after being separated from his mother and the death of his father. He took it upon himself to train harder and longer and to never be a victim. He achieved this by using military obstacle courses in secret.

David, Raymond’s son, became totally inspired by the feats of his father. Through joint conversations, Raymond would talk about his ‘parcours’, and David found exactly what he was looking for in life. In 2009 David published his book ‘Parkour’, which explains the philosophy of the discipline. In the book he shares the following quote from his father:

‘If two roads open up before you, always take the most difficult one. Because you know you can travel the easy one.’

Key Skills and Risks in Parkour

There are a number of movements in Parkour that are considered to be key skills in the discipline. Examples include:

The biggest risk when practising Parkour, is that you could lose your life. While not necessarily a key ingredient of the discipline, many will take to tops of tall buildings and the obvious risks that go along with that. Perilous stunts can be incredibly dangerous. For most practitioners, a sprain, bruises or an unfortunate broken bone is the biggest realistic risk.

Ryan Doyle: Trained in Korean Martial Arts, Doyle would win the Art and Motion competition in Vienna, which marked the start of his Parkour career. One of the most popular Parkour athletes in the world, he formed the Parkour Federation and World Free Running.

Tim Shieff: An English freerunner, who won the Barclaycard World Freerun Championship in 2009. He has also competed on American Ninja Warrior and Ninja Warrior UK.

Jason Paul: Having started out on his journey at the age of 14, he would become the World Champion by the age of 19. A sponsored athlete for Red Bull and Go Pro, he now lives his life travelling the world, moving from Airbnb to Airbnb.

Damien Walters: The competitive instinct was instilled into Walters at a young age, practising gymnastics and representing the British team in trampolining. His career saw him move into the movies, acting as a stunt double. In 2010 he won the World Taurus Stunt Award for the best fight in the Ninja Assassin. 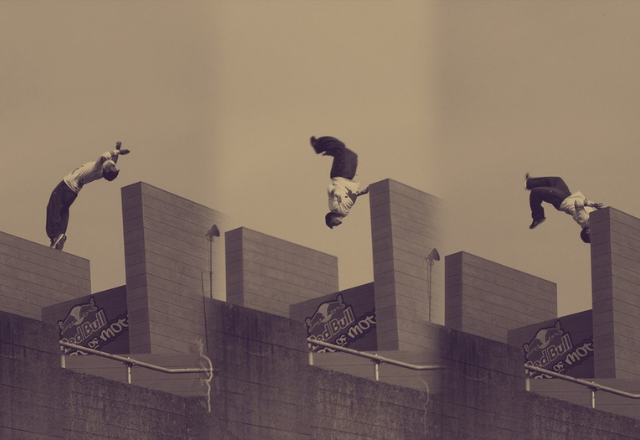 How Do You Get Involved in Parkour?

Being one of the fastest growing disciplines, there are a growing list of organisations and clubs that you can join to get involved. The biggest community worldwide is found at the parkour-freerunning world website. Google is also a valuable tool for finding a local club to join. The joy of this sport is that you can enjoy it on your own or in a group. With no equipment to purchase, it is literally available to anyone at any time.