The Science and Facts Behind Abs Belts for Toned Stomach Muscles

Abs toning belts work by stimulating muscles with electrical currents. This mimics the central nervous system well enough to make muscles contract. Toning belts continually contract and then relax your muscles, which gives them a workout.

The question is not whether Ab belts work to stimulate muscles – it is whether this will get you the results you are looking for. This can be in terms of losing inches off of your waistline, or even developing a 6-pack.

This article explains the science behind these belts, and shows what you can expect from them in terms of results. For those who prefer to scan articles, rather than read every word, I have started with the overall conclusions:

Towards the end of this page I have summarized the steps most people will need to consider to see the best results. These combine fat burning workouts, abs work and toning belts.

Before getting into the details – here are the 3 best sellers at the moment (via amazon.co.uk), the customer reviews are largely positive. Seeing 100’s of comments together is a great way of getting an idea of how powerful these belts can be.

Out central nervous systems, which control muscles work using positive and negative charges. It should not come as a surprise that direct electrical stimulation leads to contractions. The default state of each muscle is relaxed. This was first shown to be the case by Luigi Galvani back in 1761. It was a long time later that medical papers proved that electrical stimulation leads to long term changes in muscles. This was introduced into sports training in the 1960’s and 1970’s.  Today it enjoys widespread use in physiotherapy as well as in training.

The science has not stopped. More recent (2010) papers show how different levels of current can affect skeletal muscle fibres differently. This leads to more pinpoint training for specific needs such as endurance, resistance and strength.

Over in the US, Abs toning belts are regulated by the ‘Food and Drug Administration’ or FDA. They divide them into two categories. One is for medical (prescription) devices and the other for regular (asthetic) type devices. Medical uses include re-educating muscles after injury, and treatment of muscle spasms. In some cases EMS is used for post-surgical stimulation. 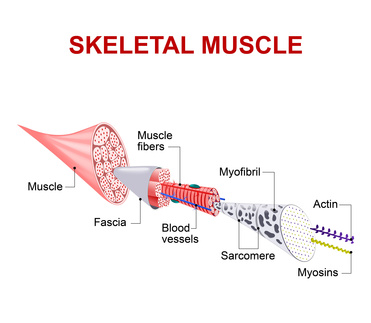 The conclusion from the science is that the idea works, and has direct and proven uses in both sports and medicine… the next question we need to answer is how well a regular belt will help you lose some inches off of your waist? 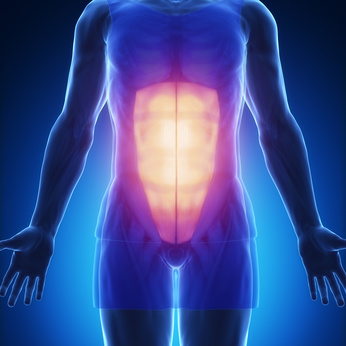 When you look at the customer feedback for these devices on Amazon.co.uk, the results are mainly positive. Most people are happy with the effect, though very few people are gushing about how it transformed them from being a ‘dad-bod’ type to a 6-pack wielding Adonis! (or the female equivalent).

This is the core message from this page: Abs toning belts will tighten up your ab muscles a bit, though how big a visible effect this has will largely depend on other factors.

By ‘other factors’ I mostly mean ‘how big is the layer of fat between the belt and your ab muscles?’

In the extreme of having a lot of extra fat, there is very little current making it through to your muscles at all. I recommend skipping the belt for now, and trying fat burning workouts instead until you reach the point where the toning belt can be effective.

When considering the 6-pack or washboard stomach look, then you really need to keep in mind that a small layer of body fat is enough to permanently hide that from view. The belt will tone you up underneath. As a result you may well notice your waist line going down. What you should not expect is to immediately see the contours of your muscles!

If you are also on a diet and workout program to reduce your body fat percentage – then the belt sessions might be that extra boost you need.

For most of us, losing an inch or two across the waist is more than worth the small investment needed for the belt. This can be enough to give many people a psychological boost to become generally more fit too.

The most popular brand for either sex is Slendertone. They have been selling their belts via TV and magazine ads for many years before the internet was popular. You can pick up the highly rated unisex Abs3 belt for around £40 including delivery. For more information you can read my detailed review on this page. Alternatively you can check out the feedback from those who already tried this belt on this product page at amazon.co.uk

If you want the latest tech, I’d recommend the Abs7. This includes a custom controller. You can use the controller for other types of toning belt. Try the one for your rear, because after you have seen results from the abs one, you will be looking for other targets!

If Abs Toning Belts Don’t Work, What are the Alternatives?

Step 1: Before you can really get the benefits of an ab toning belt – you’ll need to lose any excess fat, a belt will only have a limited effect through a layer of fat. At this point you should be looking at intensive ‘fat-burning’ workouts, as well as adjusting your food intake (types of food eaten).

Which fat burning workout you choose depends on your overall level of fitness / how overweight you are. This also depends on your personal preferences. You’ll be a lot more likely to stick with a format you enjoy, even if this does not maximize short-term calorie burns.

Step 2: Once you see your fat levels going down, then there are plenty of options to focus on your abs and core muscles. I am a fan of Planking, though you might prefer using an Abs Roller, doing Crunches or buying a Sit Ups Bench.

Step 3: You’ll (hopefully!) be seeing the effects already. This is the point where an Abs toning belt can make a difference. Because with less fat and an already strong core, the tightening of muscles has an excellent chance of giving you a visible advantage.

The question is simple: How badly do you want a slimmer waistline or visible and defined ab muscles?

With the right approach, belts are proven to help you achieve this – and for a surprisingly reasonable price.

Check out this page at www.amazon.co.uk now. You’ll see the latest discounts on abs toning belts and related equipment.

Once more… a super-popular model with a ton of positive user feedback is the Slendertone Abs3. Check it out for yourself now!

If you are still not convinced and want to work your abs and core – then I strongly recommend checking out this review of the WonderCore 2.  This is innovative, a combo of a sit up bench, twisting seat workouts and elements of a rowing machine too. 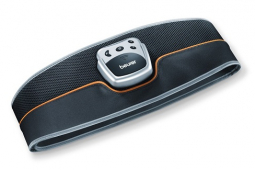 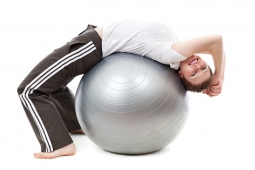 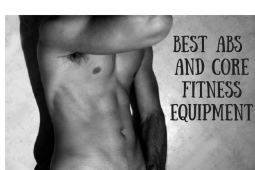